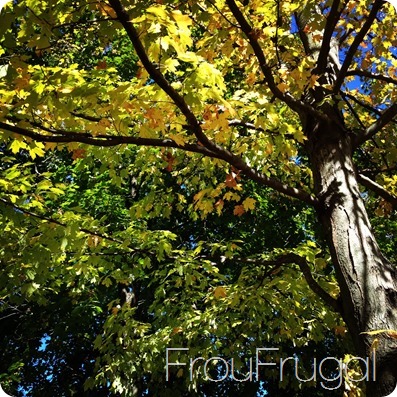 I’m sure it does not surprise anyone who knows me that I was not able to do 31 days of blogging. I tried. I really did, but I knew from the outset that October was going to be hard.

We waved goodbye to Hubs in October as he headed out to Utah to start our new life out there. We have two birthdays in October. Noah turned 18 on Saturday. 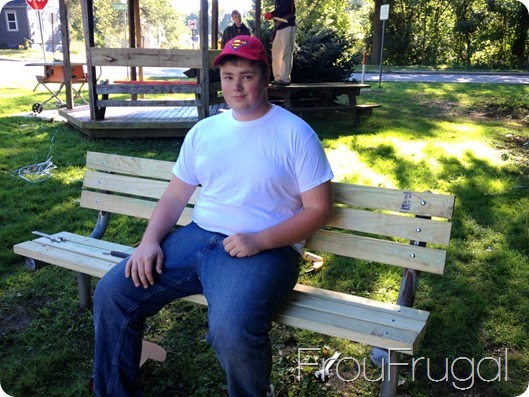 This is one of the benches that we rebuilt for his eagle project last month. You can see his brother and another volunteer working on the gazebo in the background. It was a great project but finishing up the paperwork and dealing with some drama along the way really hit me hard. We got it all submitted and now we just wait for his board of review. 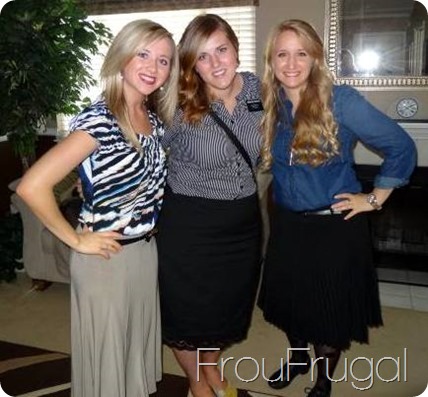 My girl, Hermana* Kennard, is in the center. This is a picture of her with her last two companions, Hermana Washburn on the left is actually assigned to a mission in Argentina but is in California until her visa is approved. Hermana Clonts on the right is from Arizona and was my daughters companion for about 3 months. (*Hermana is “Sister” in Spanish. Mormon missionaries go by “Elder” or “Sister” while they are serving a mission. Since my daughter is serving a Spanish speaking mission, she is called “Hermana”).

It’s hard not being able to talk to my girl and tell her how much I love her. I know that she knows that already, but it’s still hard.

After I got the bricks repaired in the kitchen, I haven’t done much else. I got smacked pretty hard with seasonal allergies and literally couldn’t see straight for several days. I tried to mow up the leaves on the lawn last Thursday, but our mower is temperamental and after putting the belt on for the umpteenth time, I finally called it quits.

I did manage to snap this picture of the pretty leaves while I was down on the ground. I told you about our Friday night, which was just a lovely night. What I didn’t tell you about was that the muffler fell off the truck on the way home from the game. Good thing I had two teenage boys with me and some tie down straps in the back of the truck. Noah and Sam managed to get things put together enough that we could make it home.

Saturday afternoon we added a third teenage boy to the mix and had Sam’s friend, Alex, over for the weekend. Alex is homeschooled and Sam didn’t have school on Monday so we invited Alex over to stay for a couple of days. All the boys really enjoy each other and Alex is just like having another son, albeit a very hungry son.

On Sunday, when we got home from church, I discovered the water was not working in the house. We are on a well so I knew something was up with the water pump. I was expecting the missionaries for dinner and Alex was still with us so not having any water was not in my game plan. A couple of men from church were planning to stop by in the afternoon to see if they could figure out why our Suburban isn’t working and I asked them in to help me figure out the water pump instead.

I actually had gone through all the things I could, checking breakers, resetting what could be reset, checking the fuses, all to no avail. Our pump came back on when some wires were wiggled and the crisis was averted, but not before the whole Oh-Geez-Here-We-Go-Again mentally had settled in my mind.

Last time Hubs and I lived apart during a school year, it never failed that something would break down as soon as he pulled out of the driveway to head out of town again. It got to be quite comical and by the end of our time apart, I’d just laugh every time it happened. Sure, it may have been a slightly crazed, maniacal, Is-That-The-Best-You-Can-Do kind of laughter, but it was still laughter.

For the most part, I think I do handle things pretty well. But I’m not going to lie. That’s not my first response and usually I have a “Pity Party, Table for 1” before I can get over myself and deal with the problem at hand. I usually get there, though. That’s just one of the challenges of living with depression. I usually take a side trip down a negative mental road before I can correct my thoughts to follow a more positive path of hope, faith and courage.

I miss Hubs and I don’t really sleep well without him around. He will be home on Friday night and then leaves again on Monday morning. He’ll fix the mower belt and probably spend a few hours trying to get leaves off the ground. I hope he doesn’t curse me too badly when he sees the bald spots in the yard, courtesy of a bent mower blade which, for the record, was NOT my fault.

I’ll also have Hubs look at the wires on the water pump and see if we need to replace those. Hubs mentioned that he wanted to cut the wood to finish the planks in the kitchen ceiling and since that is a two person job for both the cutting and the installing the planks, I will use him while I can.

I had two days of fairly pain-free eyes and I actually think I could knock out a project or two today, but I agreed to go to Columbus with a friend and I need to get out of my house. With only one working car right now and teenagers who need that car to get to school, I’ve kind of been on house arrest for the last month or so. I really need a day away from my house.

In the meantime, I’m dealing as best I can. I have a sister who is really good about reminding me to take time for my self and focus on taking care of me. That’s a message I continually need to hear because I’m not so good at it. I know that I need that, though, and I want to learn how to do it. I’d like to be better at taking care of myself so the setbacks of life don’t set me back quite so far each time.

Stick around. Projects are just around the corner. When I get back from Columbus today I’m going to work on matching the new mortar to the old mortar and see if I can make it blend in a bit. I always hear Marisa Tomei’s voice, “Oh yeah, you blend” whenever I talk about making something blend. 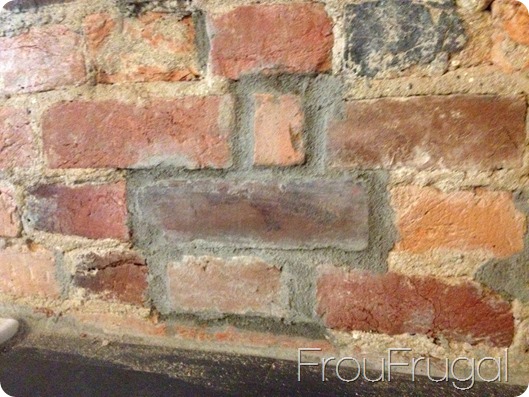 Thanks for all your kind words or encouragement and for following along with me on this journey. I really appreciate you.