When Kindra from ‘At Home With K’ asked me to be a part of her Be Mine Bonanza, I started thinking about what I wanted to do.

I wanted it to be unique, but something everyone could do if they wanted. I remembered seeing some old hankies in a box in my basement and I had envisioned doing a wreath with rosettes made from the hankies.

So I started rolling hankies. I didn’t want to ruin the hankies so I used straight pins to hold them together. When I got them all rolled and put on the wreath form that I made, well…it sucked. Big time. Major project fail.

Then I was going to use the hankies for a bunting for my fireplace with the words “Be Mine” spelled out in hearts in between. Only, that wasn’t very original. I did make a hanking bunting, but haven’t gotten the hearts made and probably won’t do that. It finally occurred to me that most people do not have 87 vintage hankies lying around in a box in their basement waiting to be used in a craft project of some kind. 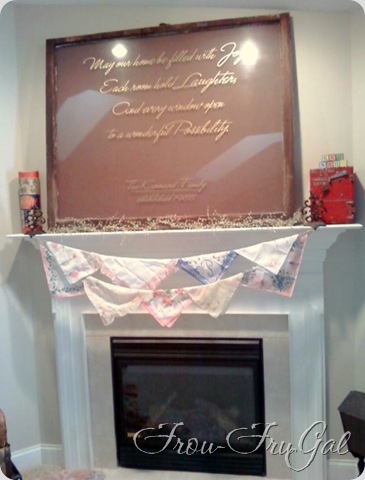 Next, I decided to use the wreath form I made to do a coffee filter wreath. Only I had visions of showing you how to color the coffee filters and I wanted to make a flower pattern using different colored filters. When I started gluing the filters on, I realized that my wreath form is more on the ginormous side and coloring individual coffee filters would take me to NEXT Valentine’s Day to do.

Somehow, I lost all my in-process pictures. Let’s just say the form is from some foam core board 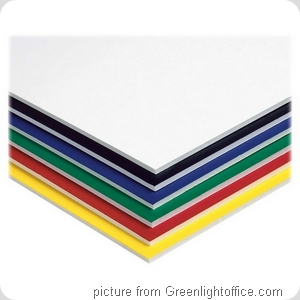 and a can of spray insulation.

This idea was also a project fail of sorts. I had visions of smoothly spraying this on and it puffing up to great heights and I would show you how you could design your own foam wreath forms.

It looked more like it had been sprayed on by someone in the throes of a grand-mal seizure. It only puffed up about a third of what I expected. When I tried to cut the Styrofoam to shape it, I had little bits of Styrofoam clinging to me like leeches. Seriously, every time I pulled them off, they’d fly right back onto my arms.

At any rate, I ended up gluing, and gluing and even more gluing of the coffee filters. Nearly 300 of them. This coffee filter wreath nearly takes up the entire glass panel on my door. It’s HUGE!

It’s way over the top. 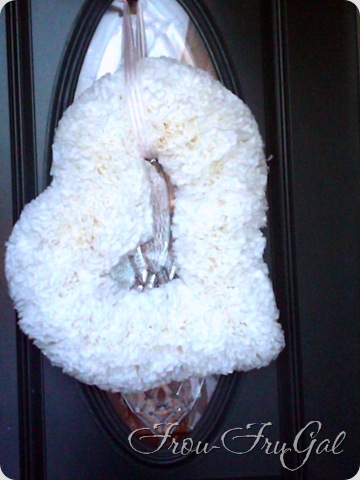 I did finally come up with a project for Kindra. Be sure to stop by and see what I did. I’ll post it here soon.