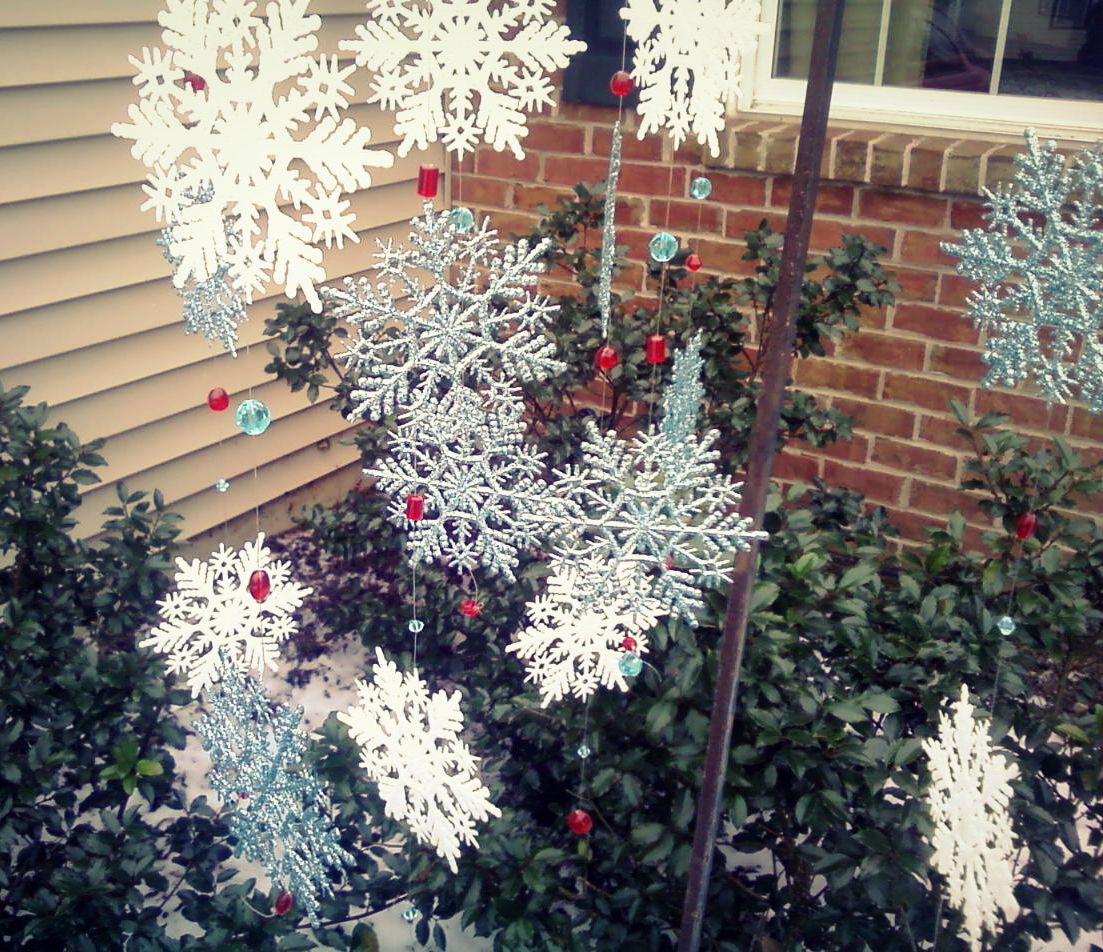 I enjoyed my fall wind catcher this past fall so much, that I was sad to pack it away. It sat right outside my office window. Since I work from home, I look out this window a lot. It was a nice punch of color in a world that had started to fade. 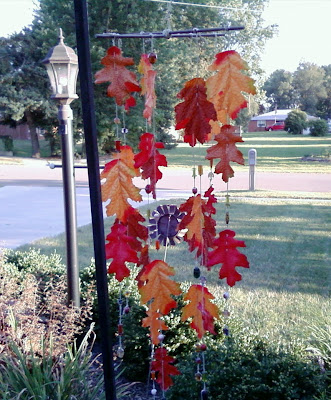 Instead of being all Gloomy Gus and missing my wind catcher, I figured it was an opportunity to put my crafting skills to use and make a winter version.
I started with some of these glitter snowflakes that I bought from the Evil Overlord Wal-Mart. I got two boxes of 20 snowflakes each. One had blue snowflakes and one had white snowflakes. Each box was $3.00. 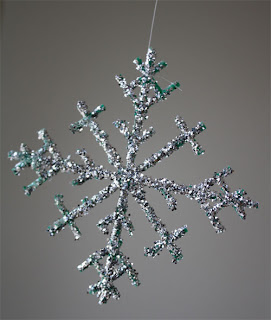 picture from www.alphamom.com
I also got a package of multi-colored beads from the Wal-Mart. For some reason, finding a large quantity of red beads is a tall order. I’ve looked at the Mother Ship (read: Hobby Lobby) and at Base Camp (read: JoAnn’s). I’m not sure why they’re all so stingy with selling large quantities of pretty red beads together, but I’m thinking it’s some sort of conspiracy. I had to buy more beads than I wanted, just to get the right red beads I was looking for (no dull, plastic-y, coral, red-purple or ginormous beads need apply for the job).
I threw in some pretty aqua beads I had on hand. A couple of hangers I begged off the local dry cleaner (free), some fishing line (thanks Hubs!) and an hour or so later, and I have a Winter Wind Catcher. 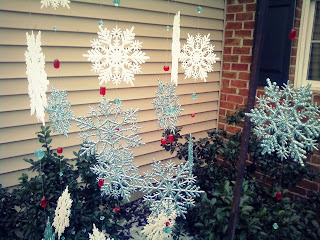 I was using my file drawer to hold the hanger while I worked. I thought the pattern I was doing would give me alternating colors of snowflakes, but I could only see two of the arms at any given time. 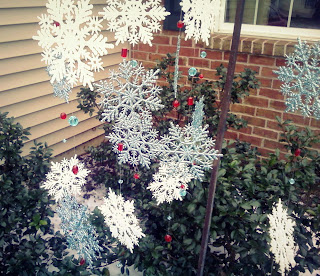 What I actually ended up with were rows of the blue flakes and a row of the white flakes. I’d be lying if I said this didn’t bug me on some level. It bugs. However, as a recovering perfectionist who values her time, I’m letting it go (at least, that’s what I’m trying to do). The project is done. It’s pretty. It twirls in the wind. Nearly all my criteria is met. 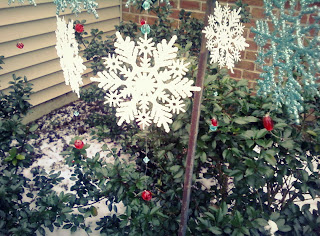 I’ve been playing around with the free online photo editing tool called Picnik. If you haven’t used this tool, it’s awesome. There are a ton of options for the free user, and for a small yearly fee, a whole world of photo editing options opens up to you. 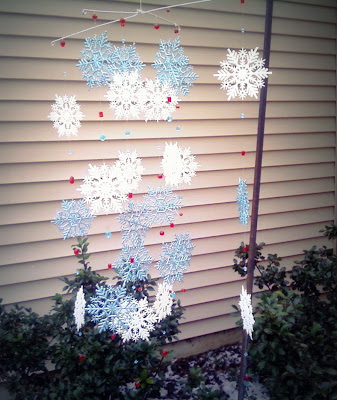 Since the majority of the pictures on my site are taken with my cell phone, or my husband’s Blackberry, they need a little sugar to look presentable. I love the Cross Processing effect, the Boost effect, the Matte and Vignette effects.
It’s almost as if my little snowflake wind catcher beckond the real snowflakes. I no sooner had it up and hanging, when the snow came. I took it back inside the first time. Then it warmed up and so I put it back outside. BAM! Just like that, snow! Again.
sigh….is it just me, or does it already seem like it’s going to be a long winter? 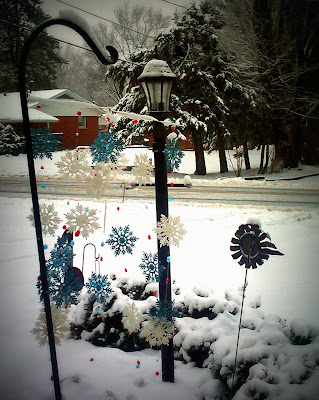 I’m not bringing it back in. If it doesn’t last the season, no bigs.
I’ll enjoy it while I have it. 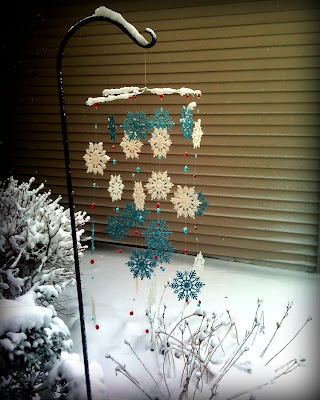 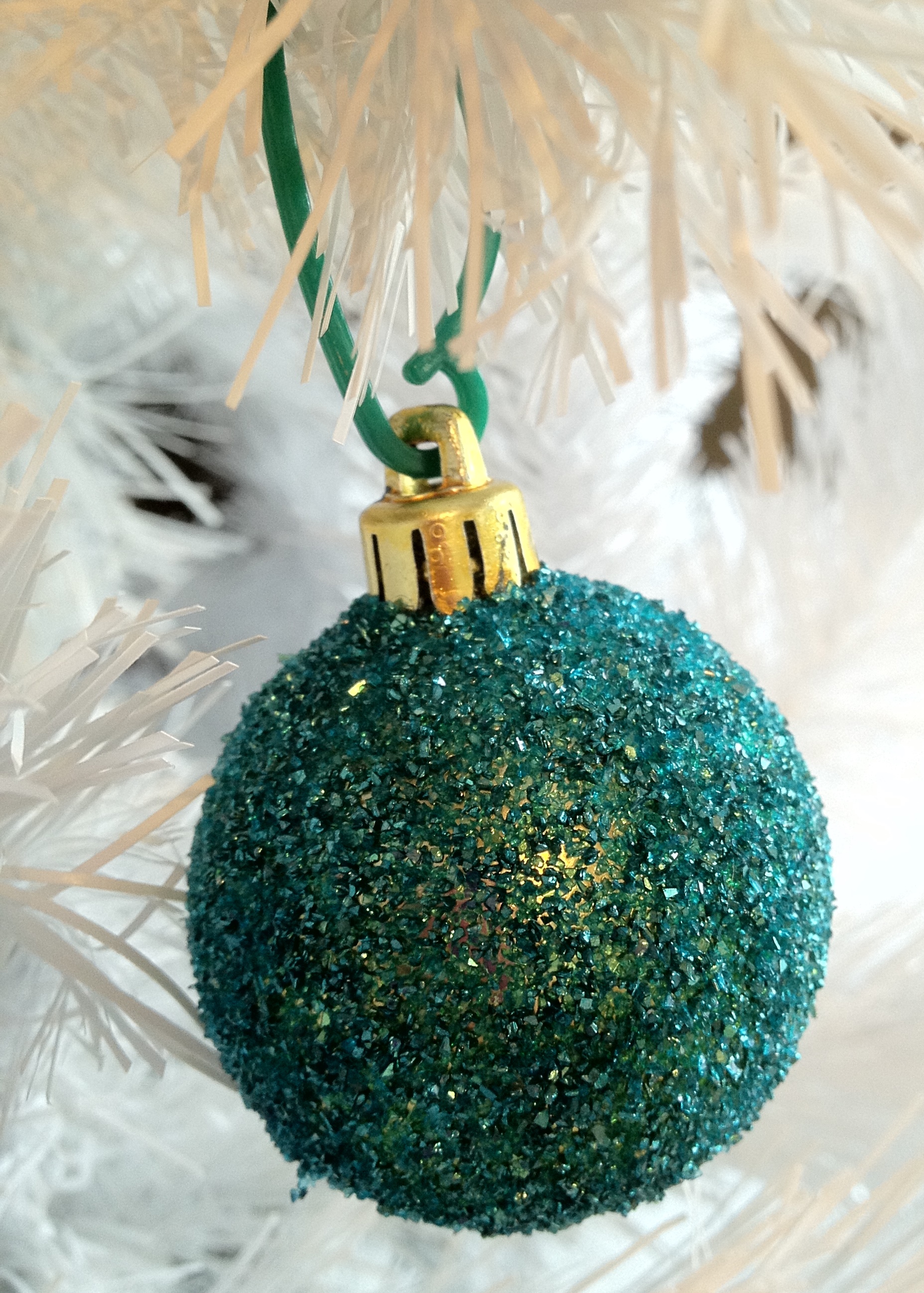 I’ve been making some new ornaments this year. It all started with a trip to Goodwill where I found 2 gallon baggies full of plastic Christmas bulbs for $1.50 each. Hoo Doggie, these bulbs have seen better days! I figured I could spruce them up […]

New Life to an Old Nativity

Many years ago, my Mom made a beautiful ceramic nativity scene. Each piece was lovingly painted, glazed and then fired. It took her weeks to make and when she was done, we had this truly special Nativity. Over the years, we were rough and, sadly, […]